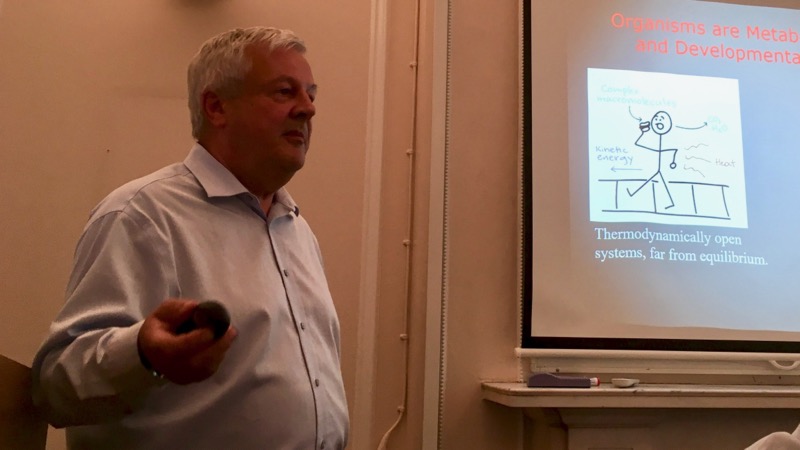 Professor John Dupré (Exeter) gave the second of the project’s special invited lectures on Tuesday, 4 June, in the seminar room, Department of Philosophy, UCL. His lecture was entitled “Freedom in a World of Process,” (and alternatively “Indeterministic Compatibilism.”)

Professor Dupré began by reviewing the ontological framework in which dynamic processes as opposed to static things are the fundamental constituents of reality. Then he went on to explain how living organisms may be understood as complex processes that emerge naturalistically from a fundamentally disorderly world, and explored how this metaphysical picture might offer a natural solution to the problem of making sense of free will. A lively discussion followed in the question and answer period, in which many further issues were brought on the table, by the audience that included Professor Hugh Mellor (Cambridge) and Professor Nicholas Shea (Institute of Philosophy, University of London).

We thank Professor Dupré for the talk that fruitfully connects the time-honoured problem of free will to the insights from the still relatively under-explored field, philosophy of biology. The process ontology that he advocates is developed in the collection of essays he edited with Daniel J. Nicholson, Everything Flows: Towards a Processual Philosophy of Biology (Oxford UP, 2018), which is an open access title, available under the terms of a CC BY-NC-ND 4.0 licence. A recent paper in which he discusses his indeterministic compatibilism, “How Much of the Free Will Problem Does (the Right Kind of) Indeterminism Solve?,” is available at ResearchGate.

In the spring term (May–June) of each of the five years of the project, we will have two special lectures by leading scholars in philosophy and law.